Why would you call that Arminianism?

In my discussions with those friends who are persuaded by Calvinism and especially by the doctrine of predestination, I find they often do misunderstand or display a healthy ignorance of what true Arminianism really is.  I cringe when I hear Arminians accused of believing that they must earn their salvation through good works.  It is eye-popping and heart-stopping to hear that Arminians believe that they have an equal part with God in the salvation of their souls.  Here is their misconception in a nutshell:  that Armininians must initiate their own salvation and then maintain it through the accumulation of good works. 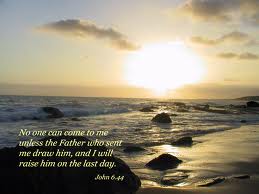 Classical Arminianism has always given God all the glory for salvation and reserved no credit whatsoever for human endeavor in the work of salvation.  All true classical Arminians will declare that the human soul is completely and entirely dead in trespasses and sins and every man would  be hopelessly lost without the prevenient grace (that grace which prepares the way) extended by the Holy Spirit of God.  This prevenient grace is taught throughout scripture, although, like the word ‘trinity’, ‘prevenient grace’ is never found in the Bible.


In spite of the opinions of uninformed Calvinists, Jacob Arminius had a passionate commitment to the grace of God.  Arminius’ theology was clearly sola gratia.  To interpret the theology of Arminius by the beliefs of those who followed is an error committed by many who have never studied the original works of the man.  Thus, Arminians get a bum rap by being compared to Pelagians, semi-Pelagians or devotees of the Remonstrants who successfully twisted the original doctrines of Arminianism so as to make them at least unbiblical and at most heretical.


Arminius didn’t deny the work of God’s grace in the salvation of man.  He did question whether that grace was irresistible.   The Calvinist would argue that if grace is resistible then salvation cannot be all of grace.  The Arminian wonders why the Calvinist believes that resistance to the gift causes the gift to be sullied or diminished.  Why, asks the Arminian, is the gift not worthy of reception if it is accepted willingly?  It is only worthy of reception if we are forced to receive it.


Simon Episcopius and Arminius, unlike Philip Limborch and later Remonstrants, believed that prevenient grace is the grace that goes before to prepare the soul to respond freely to the calling of the Spirit of God to salvation.  Through the ages true classical Arminians have lamented the fact that Limborch’s theology has been labeled ‘Arminian’.  Limborch believed that the fallen human will needs only assistance, mainly through access of knowledge, not renewal, in order to acquire salvation.  Arminius would say that man is totally depraved and it is impossible to do or think any good without prevening grace.   Limborch would counter by saying that man is not totally depraved, he is only weakened by his lack of knowledge and limited capabilities.


John Wesley redirected Arminianism back toward its original form.  Although he has been falsely accused of being a Pelagian for several hundred years now.  A careful reading of Wesley’s sermon “On Working Out Our Own Salvation” should remove all doubt as to his position on the grace of God.  “Whatsoever good is in man, or is done by man, God is the author and doer of it,” Wesley proclaimed.  Wesley taught that we can only respond to God because he did first extend his grace to us.


Adam Clarke summed up the Arminian position by saying, “God gives the power (to believe).  Man uses the power thus given, and brings glory to God:  Without the power no man can believe; with it, any man can.”  (quoted in H. Orten Wiley’s Christian Theology, pp. 369-70)  Faith is an expression of man’s free will only after it is recognized as a work of God.


Free Will Baptist theologian Leroy Forelines summed Arminian’s interpretation of grace by saying: “The Holy Spirit must work before there can be a successful communication of the gospel to the sinner and before there will be conviction and response from the sinner.”


Arminians believe salvation is impossible without the effectual preparatory grace of God.  The application of this grace to the human soul does not eliminate or diminish the soul’s freedom.  It simply enables the soul to no longer resist the grace of God.  Arminianism promotes the scriptural teaching of salvation by grace through faith alone.  God makes this possible without diminishing the responsibility of man to practice non-resistance toward his grace.


Kevin teaches Bible and Apologetics to high school students at Lafayette Christian School in LaGrange, Georgia. He loves writing about theology, apologetics and politics.
Posted by Kevin Probst at 8:17 PM 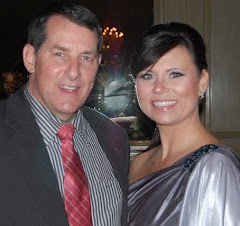